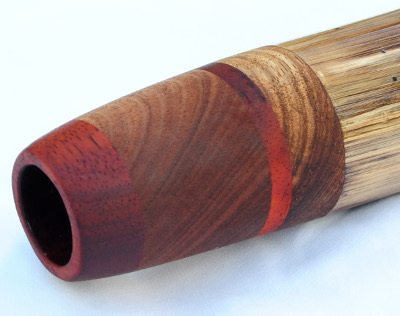 This is a really impressive stalk that a friend collected and  aged in his garage for 5 years.  Was so nice of him to let me have it and was so fun to work on with its amazing shape and character. It has some really nice thick walls and it plays with so much power. Really easy overtones and tremendous vocals really stand out on this one. The drone is nice and solid with a really nice bass tone to it. It loves to play rhythmically and it requires so little breath with its strong back pressure and the rhythms just come so easily. This stalk has beautiful wood grain with a lot of added turquoise in all the bug holes. D is a great note for a beginner and this would be so awesome to start on or be a great addition to the most experienced player. A solid didge! 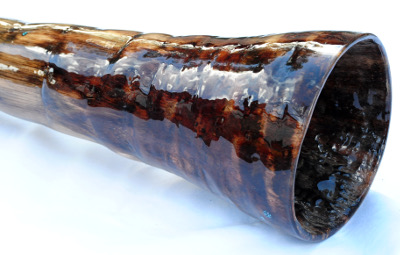 Sold, Thanks Steve! in Golden, CO 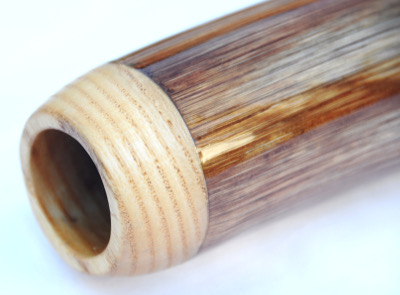 This one has some really amazing contrast in the stalk with the whites and darks throughout. The beautiful wood has some nice accents of turquoise inlaid throughout that really pop with the varied wood grain. It can play with so much speed with its shape and has great volume for its size. These shorter stalks are so explosive and you can also hear them really well as the player being closer to the bell.  Great vocals and overtones and plays great at slower ambient speeds.  If you are looking to add some speed to your playing and love ambient styles as well this would be a great one for you! It has been really fun playing this one while working on it and know it will bring lots of joy to its new home. 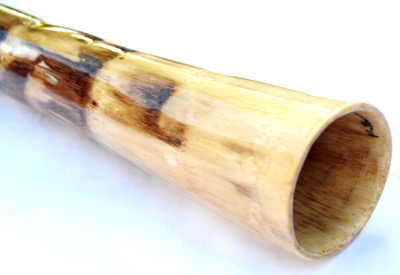 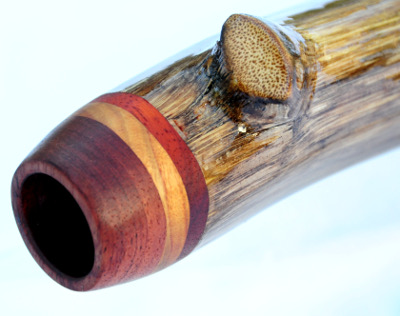 This is a very different looking stalk than many of the didges I craft. This is a different species that is rare to find around southern Arizona. I was so excited to see this impressive stalk and love the form and the concentrated flower branch nubs. This is a huachuca agave and found more commonly in Northern Arizona. It is always fun to work with different looking stalks and this one has such a great presence to it. I love how this one plays. It comes alive when you play it and the drone is so soothing. It registered in D# at 432hz and although this might fluctuate a bit with temperature and humidity levels this one is a really healing didge. The drone has such a nice balance and the bass tones so rich. The overtones are so easy to reach and the vocals are crystal clear. The response is amazing and has such amazing rhythmic and ambient capabilities. I would strongly suggest this to someone who is about to start their journey with the didge to the most advanced player. Such a unique and special didge! 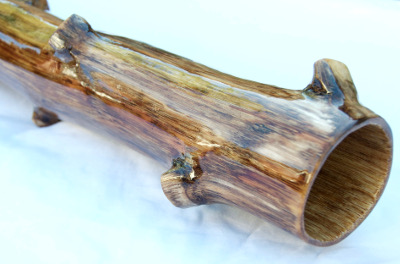 Sold, Thanks Alicia! in Calgary, Canada 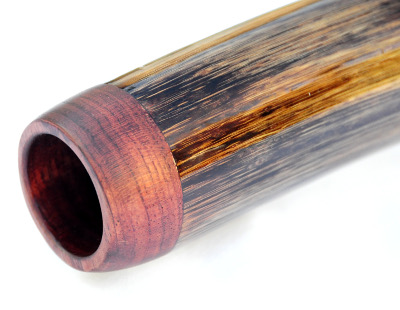 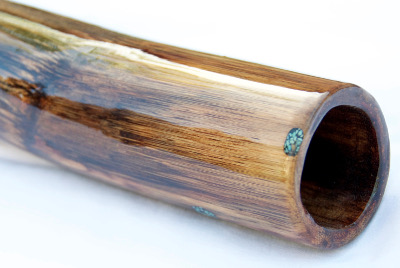 Sold, Thanks Amie! in Tucson, AZ 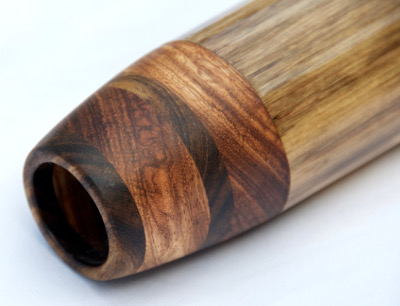 A# is one of the most popular keys especially with those that like to use the didgeridoo for meditation and sound healing. These big agaves are so responsive and easy to play and require such a little amount of breath it’s crazy. While recording this one I realized the tremendous bass that is so soothing to listen to. It practically plays itself and love the vocal and overtone capabilities it has in addition to its calming deep drone. For such a deep note it likes to also play some fast rhythms in addition to ambient style of play. This can be so unique to hear such a deep instrument play at such speeds and really mesmerizing to player and listener. Not only is this a great player the stalk has such beautiful wood grain with evidence of the leaves that were once attached to the stalk. This one has so much power and beauty and will be a great addition to the serious didge players collection! 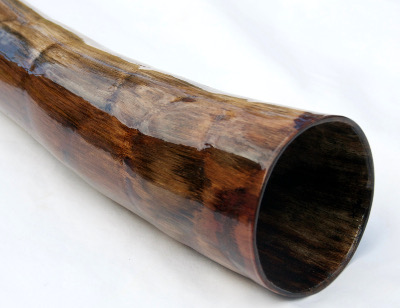 Sold, Thanks, Dwayne! in Milwaukee, WI 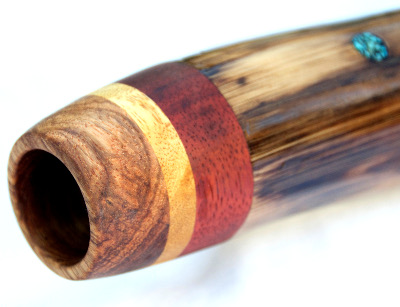 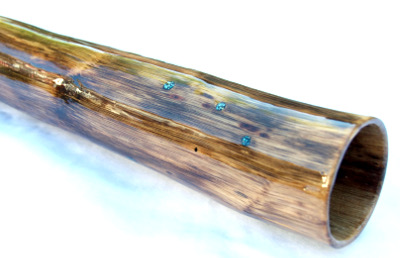 Sold, Thanks Shannon! in Evergreen, CO 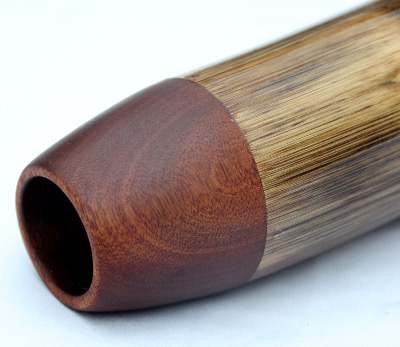 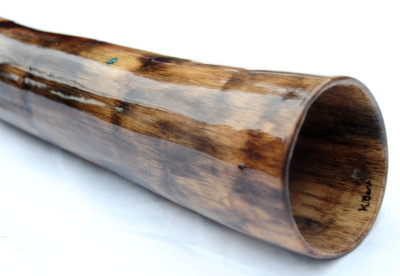 Sold, Thanks Dee! in Phoenix, AZ 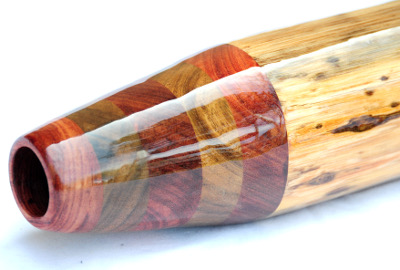 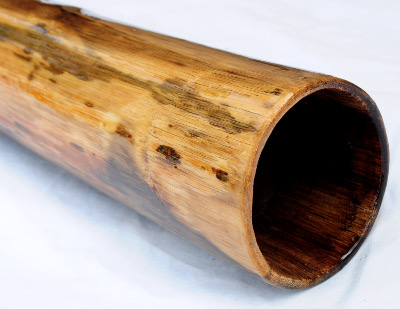 This huge bore didgeridoo in B has such a beautiful bass tone drone. It instantly mesmerizes the player and would be great for a sound healer or for meditative style of playing. With such a deep note the open bore also allows for some really interesting rhythmic style of playing. Really easy to play fast on this one and is really great to be able to play with such tempo in a deeper key. The vocals are so crisp and really project well. This wood has so much resonance to it and this was an enormous flower at over 30 feet tall. Was quite the specimen. I have never made one with this big a bore so really had to carve a long mouthpiece of two of my favorite woods to taper to the opening. I will be making more as I just love the sound and how it makes me feel as a player. If you haven’t explored these deeper notes you are in for a treat!

Sold, Thanks Alexander! in Treffen, Austria 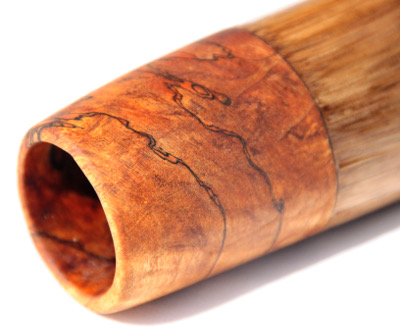 I just love the feel and the way this didge plays. With its narrow  neck and fast taper to a nice size bell this one plays with such explosive abilities. Really allows and encourages the player to play incredibly fast and mix in overtones with ease. The drone is so sweet and requires such little amount of breath that it lends itself well to ambient styles of playing too. The coloration in the bell sure is attention grabbing as it has such beautiful pigments of pinks and reds. The spalted maple mouthpiece adds a nice touch as well and just love the look of it. This was in Key at 432hz which is a very popular tuning for sound healing. This can fluctuate a bit with climate but in general will have that nice soothing tone if using it for these purposes. I have been having so much fun playing this one and would be great for the ultimate beginner or add some new sounds for the seasoned didge player. D# has always been one of my favorite keys for rhythmic style of playing and this one is so inspiring in how it plays. 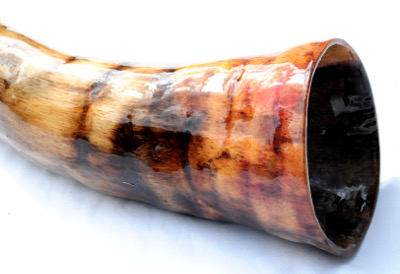 Thanks Mike! in Kitchener, Ontario 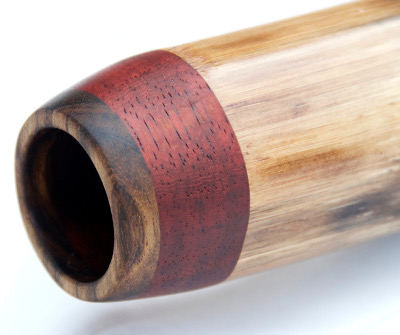 I absolutely love how this one plays! It plays with such response and power with hardly any breath required. C is the root chakra and we all know that right now we need to ground ourselves more than ever. This one definitely has that effect on me when I play it. When I was recording the sample I didn’t want to stop. It feels like this one just wants to keep playing and it is ready and warmed up right away. At 6 feet in length this is a great didge for traveling sounds and creating intricate soundscapes. The shape also lends itself well to overtone styles of play. The vocals are tremendous and really bright and clear. The drone is just so balanced with some really nice bass tones and easily reached drone overtone rings when pushed right. I would highly recommend this one to the most advanced player to one that has never picked up a didge. Excited to see where it ends up! 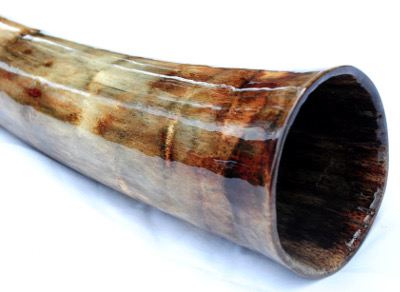 Sold, Thanks Hunter! in Reno, NV 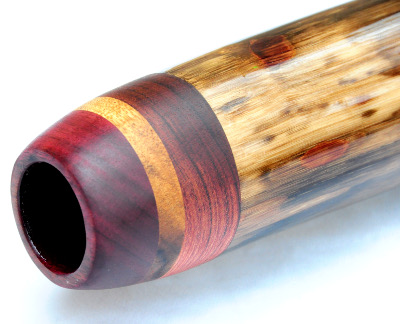 I rarely collect agaves in town but this one had such a cool shape and presence to it.  I walked past in nearly every day and finally ran into the neighbors and they agreed to save it. So sweet! I am not sure the species but it has such a nice shape and interesting coloration that almost looks like red leopard spots throughout. To accent these I wanted to add purpleheart and bubinga which are a close match in color. The sweet neighbor kept it standing for two years and then finally got the call it was ready to come down. This seems to be a very sensitive didge with a punch as well. There is a different wisdom in it, perhaps partly being a city didge, and has a really nice solid deep drone. Extremely responsive to everything, It’s a listener for sure. The overtones really easy with its shape and on this less is more as well. This seems to happen with most of the deeper notes. There is also a bit of a different contour instead of a mostly perfect circe in the actual wood which is hard to see in the pics but has a nice look to it. This would be great as a teacher for every didge player. Brings me to an instant peaceful place! 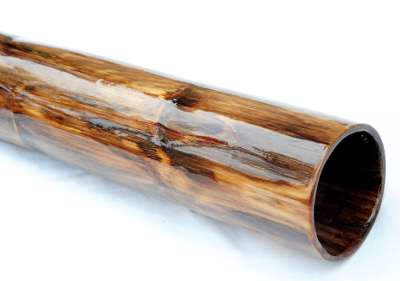 Sold, Thanks Rachel! in Siren, WI 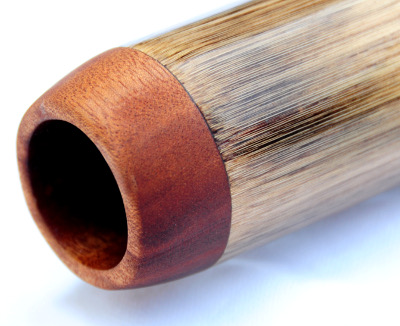 As you might be able to tell from the photos this one was built for explosive rhythmic style of play. I found this stalk on the last day of harvest. It was also the first day the monsoons visited so was hiking through the rain when I happened upon this stalk. I have a pretty good collection of stalks that I have to work on but this one jumped to the front of the line. I love these fast tapered didges with these big bells. It allows for the player to play with such tempo with hardly any breath and this one has so much volume as well. With this taper the overtones are also so easy to find and the vocals really strong and bright. If you are a performing or like to play with other instruments this will be a great addition. This would have the volume and be able to cut through drums well if you play in drum circles. D# is one of my favorite for playing fast rhythms for some reason. I just love how this one plays and how responsive it is. Like all agaves it plays so well in the more ambient style as well. A real gem! 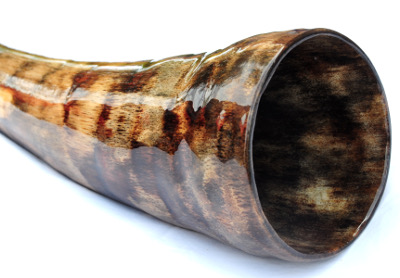 Sold, Thanks Scott, in Dahlonega, GA