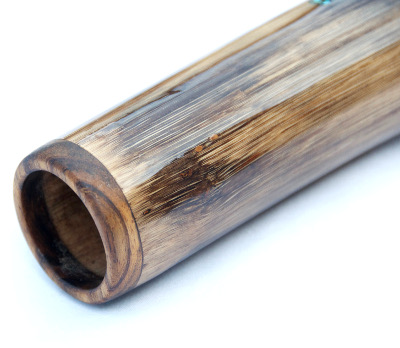 I had one customer compare his agave in E to a racing motorcycle. It seems these higher pitched fast tapered didges are just made to be played fast and have an extra gear that a lot of didges don’t have.  This would be a great instrument to accompany drums as its drone will cut right through and can be played in such a quick rhythmic style with ease. E is such an important chakra being our solar plexus where our second intuitive brain resides. I also love its vocal and overtone ability with the thinner neck and fast taper to the big bell. Also can play great in a more ambient style and can be a singer as well. This was a really old stalk that had a ton of bug holes throughout. In these bug holes there are over 30 turquoise inlays which add so much to the beautiful coloration in the wood. Such a fun didge to play especially for those who like to play in a more rhythmic style! 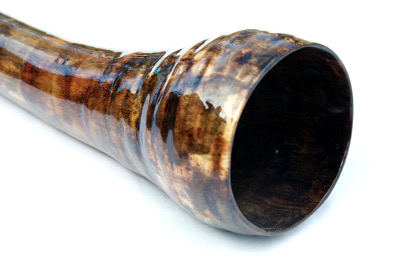 Sold, Thanks again Joshua! in Honolulu,HI