These didgeridoos are the oldest strongest agaves that have survived many years in the desert through extreme conditions. My personal collection is comprised mainly of these didges. They have great character with  many small cracks and bug holes which are filled from the inside but retain their character on the outside. 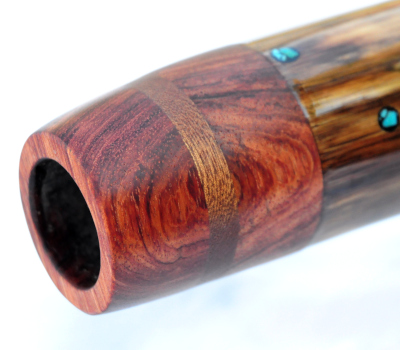 As I was driving to one of my favorite harvest spots I caught this one out the corner of my eye on the side of the highway. I did a quick U turn as I knew it was such a unique stalk. This one had more bug activity than almost any I have ever worked. In these bug holes there are over 80 turquoise inlays. Along with these inlays, amazing varied pigmentation in the wood, bubinga and sapele mouthpiece, and incredible shape this is an absolute stunning piece. On top of being a beautiful didge I just love how this one plays. It is so responsive and has such a strong and mesmerizing drone. It have great vocal and overtone abilities and can play so strong in any style and for every level player. D# is such an uplifting key and one of my favorite for rhythmic style of play. Such a gem! 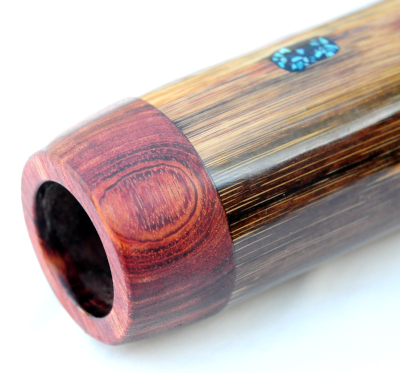 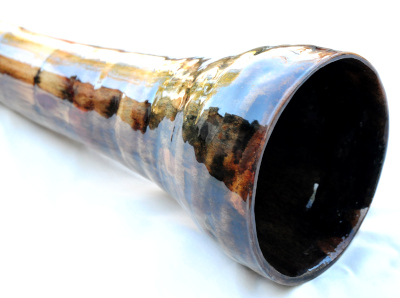 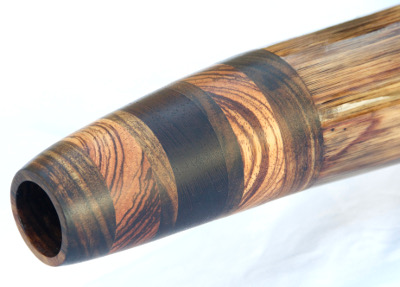 The day I collected this stalk I saw the first rattlesnake I have seen in Arizona. Funny after all the years living here and collecting agaves that the only rattler I had seen was in Montana. This is a really thick stalk and I was unable to pull the leaves from the bell which this is the only time that has happened as well. I made a traveler didge from the top of the stalk last year and thought I would be able to get to the bell this time but to no avail.  Thus I needed to make it as smaller didge with a long mouthpiece as I loved the dense wood, shape, and flare. As I finished this stubborn thick old soul I realized it reminded me of the ratter I saw that day with its shape and layered mouthpiece resembling a rattle. It plays with bite as well and this is for the advanced player looking to add some variations in sounds and styles of play. It takes a lot of breath and control but is so fun to play and a bit of a workout as well. If you have most notes and haven’t explored one in G yet this would be a great new addition! 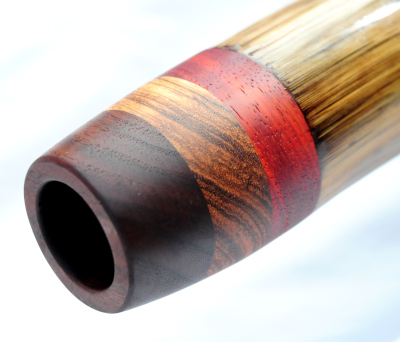 I am so excited about the agaves I found on my recent  harvest. This was the first one I started working on as I just loved the feel of it. This area I explored I found some of the most dense agaves I have ever seen. This one despite its size is one of the heaviest on the site. I love these thicker Old Souls and they have such power when played. I love the feel of the drone and it is just so effortless to play. Its amazing response inspired lots of new ideas while playing  and It has extremely strong vocal and overtone abilities with its thicker walls. On top of this it is just a beautiful stalk with a nice variation of lights and darks in the wood grain as well as many turquoise inlays throughout. A real beauty that would be perfect for every level player! 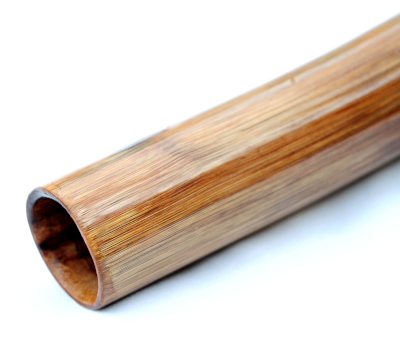 Don’t let the dimensions fool you. This is an absolute powerhouse! I originally was going to make this into a fusion b 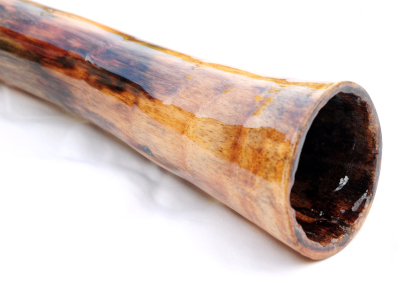 ut it ended up not working so I put it aside for a while in my shop as it needed a ton of inlay work. I would play it here and there when I was working on other stalks and the more I played it the more I realized what a powerful little didge it was. It is unusual to see smaller agaves with such hard dense wood with this much resonance. It has amazing percussive capabilities and the overtones are so easy as well as dropping the note to a lower frequency. This one just like #313 had the perfect size mouthpiece so let it be and so cool to play right on the agave. This one has a ton of turquoise inlaid throughout and just beautiful wood pigments and variation. F# is such an amazing note and  one that I have always played a lot on my guitar. This would be such a fun didge for a little more experienced player as it is just electric. I have loved playing it and excited for it to bring new life to your playing!